This week on the Blog I’m delighted to host my fellow “Crooked Cat” (and fellow RNA Member) Jane Bwye. 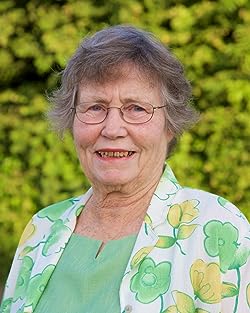 Jane writes both contemporary fiction and non-fiction. As a long-term resident in Kenya, she draws on her life and experiences there to people her fiction.

I gave her some questions to answer: (and some good answers came back)

What was the most surprising things you learned about yourself in creating your books?

That I was actually successful in writing four published books. That, although I’ve been an intermittent journalist all my life, I had lots to learn about writing a book, and learning while doing is not the most satisfactory way of achieving.

My first book, BREATH OF AFRICA suffered a string of re-edits and re-writes over thirty-plus years. I believe GRASS SHOOTS is better written – more structured and organised. But Breath of Africa is more popular, maybe because I wrote with my heart.

GRASS SHOOTS is less emotional. It was written with a purpose – a mission, exploring how best to help Africa while at the same time allowing Africa to help itself.

How do you relax?

That’s easy – curling up in my armchair with a good book. Sometimes it’s a novel. I like cosy crime or historical fiction; sometimes an autobiography; it depends on my mood, and what’s to hand.

In bed, at night there’s nothing better than a few chapters to calm me down before going to sleep.

When I need a break from the intensity of my computer, I head off for a walk on the downs. I’m lucky they’re on my doorstep – provided the weather is fine, of course.

Otherwise, I usually have a jigsaw puzzle on the go or do a sudoku. I’ve started playing tennis again – just one or two gentle sets with a rest in between. There’s nothing like it to clear the head, especially when it’s windy.

And to keep my brain ticking over in a relaxed manner with a like-minded partner, a game of bridge is just the ticket.

Why write in your genre?

What genre? When I set out on the journey of writing my first novel, I didn’t even know what a genre was. I wrote from the heart. I wrote the kind of novel I wanted to read, especially when it came to romance. Because I am a historian at heart, I wrote it like a historical novel, based on fact, with notes and dates heading the different sections and a glossary at the end.

Naturally, I tried to market it to agents and publishers as historical fiction. Then, I had to learn something about genre. It was only when I changed tactics and presented it as contemporary fiction, that I found my publishers.

Apart from my latest deviation into non-fiction (GOING IT ALONE – a beginner’s guide to starting your own business), I’ve stuck to the literary fiction/contemporary fiction genre. It is nicely broad, giving me scope. But none of my books has succeeded like Breath of Africa, which is going out of print in October.

Then, perhaps its successor, GRASS SHOOTS might come into its own under the contemporary fiction genre; although one reviewer stated it isn’t an easy book to categorize, having historical, romantic, travelogue and social elements.

Your main character. What makes him or her so special?

Charles may not be the most obvious main character, but he is my favourite, as his development epitomises the contrasts of contemporary Africa. He starts life as the son of a humble farm guard, then realises his full academic potential by graduating from Oxford University (not a far-fetched feat, as several Africans have followed similar routes). Charles suffers from the natural sexual failings of most men and his life is a roller-coaster of highs and lows as he pursues several women and a career of journalism in Nairobi, before calamity hits.

In GRASS SHOOTS, he is able to come to terms with events from his past, resume his career, and restart relationships he had allowed to fray or break. One of my reviewers, who had not read Breath of Africa, said: “he was the most interesting and complex character, prickly and not always likeable but trying to make things at least better when they can’t be good.”